The more you travel, the more you realize that humans have much more in common in other parts of the world than you might imagine. Of course, we have differences in cultures, laws, and languages, but we all just want to live safe, happy, and fulfilling lives.

That doesn’t mean everything is the same wherever you visit though. Each country and region has evolved its own unique approach to achieving the same aims. There’s no right or wrong approach, each has its own merits but it can take a little while to acclimatize when traveling from one to the other.

One of the easiest places to see the difference is between North America and Europe. With the two continents having such a long and interconnected history, you’d expect them to be very similar, but from the moment you land to the moment you leave, you’ll notice some glaring differences. Here are some of the most noteworthy.

Sir is a Title Reserved for Knights

In the United States, referring to someone as “sir” or “ma’am” is a sign of politeness and respect. From a trip to a supermarket to your interaction with passport control officers, sir and ma’am are thrown around liberally.

In the English-speaking parts of Europe (the UK and Ireland), this isn’t generally the case. While sir and ma’am may sometimes be used by service workers, it is much less common. In the UK, Sir is a title typically reserved for people that have received knighthoods from the Queen.

Public Transport is Much Better

Public transport is much more widespread in Europe, both in big cities and in smaller towns. European cities aren’t designed around cars in the same way that American ones are, so you’ll often find it’s easier to take a bus or train than it is to hire a car.

In London, the 2012 Summer Olympic Games were the first to not offer parking for spectators, instead directing them onto the city’s mass transit network. Today, the same happens for other major events, with organizers usually providing instructions of what buses or trains to catch and where to get off rather than which roads to use. The organizers of the Lex Life 3 event that was scheduled for early 2020 did this, though, unlike inner-city locations, limited paid-for parking was also available, costing around £16 per day.

Similarly, fans hoping to attend the Formula E e-Prix in London will find it much easier to use the city’s DLR trains, buses, and even cable cars to get to the event, though some limited parking will be available nearby.

Road signs across the Americas are fairly standardized. They take influence from the Manual on Uniform Traffic Control Devices (MUTCD) which was created back in 1935. They customarily use diamond-shaped signs for warnings with some other styles for other types of messages. There are a few exceptions, of course, like the signs and quasi-sign/advertisements you see on Historic Route 66. 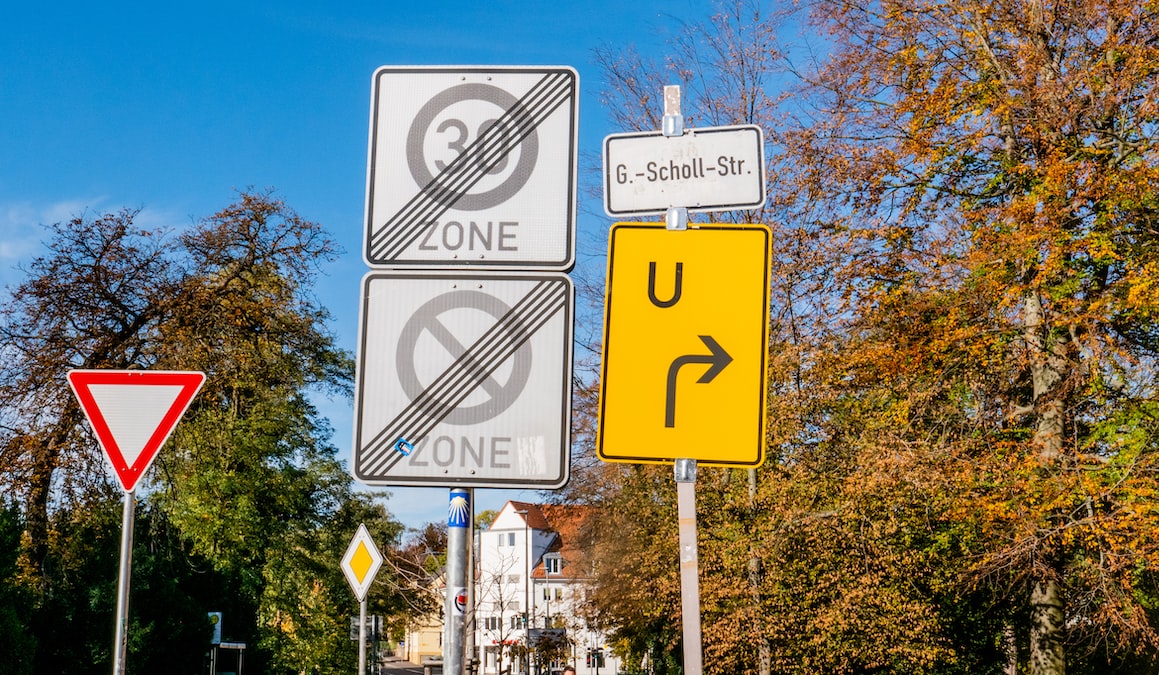 Things are different in Europe (except in Ireland which also uses MUTCD). The rest of the continent has signed up to the Vienna Convention on Road Signs and Signals, which means you’ll typically see red and white triangles and circles instead of diamonds. Thankfully, they’re still easy to understand, so if you do decide to drive in Europe, you should be able to understand the signs right away.

In the US, you can drive for days and still find English as the primary language. Things are a little different in Canada where French and English have equal footings and in Mexico where Spanish is the native tongue.

However, when you travel across Europe, you don’t need to go very far to come across a different language (there are about 200 of them) or even an entirely new alphabet. Most of Western Europe uses the Latin alphabet, while Eastern European countries like Ukraine, Bulgaria, and Russia use Cyrillic. Greece has its own script, and some Balkan and Central European countries use a mix.

English is usually the most universal language though, but it will help if you can speak another common language like Spanish, French, or Russian.

Even within countries, accents can change dramatically. In the UK, the way people pronounce words changes every 20 or so miles, with some very sharp deviations from the typical English accent you might hear on American TV.

Tipping is a requirement in the US as workers in many jobs rely on tips for part of their income. Things are a little different in Europe and it can vary from country to country and establishment to establishment.

It is still often customary to tip service workers in restaurants and some other tourist-facing establishments, though the amount is typically much lower.

While in parts of the US, taxes are added to products at the checkout, they’re included in the prices shown on shelves in most shops. This is much more convenient when you are trying to get the right amount of cash ready for when you go to pay.

The Constant Ramblers Follow our travel team as they ramble & road-trip across the U.S. and the world. Along they way they'll share travel tips, photos, travel stories, and what to see wherever they ramble to next!